The First Time I heard… Part 1: 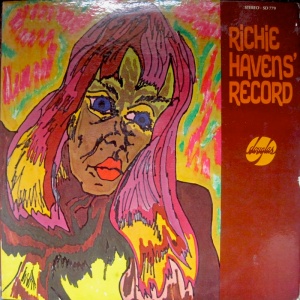 8th Grade, in the fall or early winter.  Jerry Leoni’s house, around the corner from my house in Larchmont, NY.  The record belonged to his parents.  It was with a stack of lp records next to an old dusty record player, within the closed glass doors of a shelving unit in their living room.  Jerry’s family was kind of serious and religious.  I was very pleasantly surprised when Jerry’s mom heard us listening to the record and told us she had bought the record in the 60’s because she loved Richie Havens’ “groovy voice”.  I had seen clips of Richie Havens on MTV’s Closet Classics and in the Woodstock movie.  I too thought his voice was groovy.  That fall and winter I was heavily crushed out on a girl I had met at sleep away camp in the summer.   I would walk home from Jerry’s in the cold, daydreaming about her, daydreaming about being an artist and a rock star, daydreaming about how good the record sounded.  Richie Havens’ Record  is kind of a strange bootleg album of pre-fame demo recordings.  It might be my favorite record by the guy.  The first track on the album is a rousing spiritual called “I’m on My Way” with great call and response vocals traded between Richie and his longtime pal and sideman Paul Williams.  The song hit me right in the chest, where all of my young longing and lust for life lived.  Eventually I would sing “I’m on My Way” as part of my early coffee house act in Chicago.  Back in 8th grade, I was a little shy about asking to hear the record at Jerry’s.  I secretly longed to listen to it every time I went over there.  Luckily, I was just discovering Greenwich Village and its wonders at that time.  Richie Havens’ Record was one of the first records I hunted down and found in a Village record shop.  I held it and stared at it and re-read the liner notes all the way home on the train, unable to believe my good fortune. 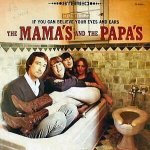 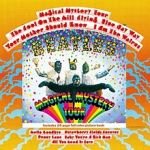 If You Can Believe Your Eyes and Ears

This is Boston Not L.A.

I heard these three records at three different times, all on family visits to my Aunt Peggy’s house in Lexington, MA.  The first record was by the Mamas and the Papas and it featured the song “California Dreaming”.  I was in about second or third grade.  It was sitting on a record player in my cousin David’s room.  I was a little afraid of my cousin and the possible castigation that might come from pestering an older kid or touching his stuff.  But when he went elsewhere with my older brothers I played “California Dreaming” over and over on that record player.  Mid-way through the song I would get nervous and stand by the door and make sure no one was coming.  I can still see the carpet in that room and smell the fireplace downstairs in that big old house.  I sure loved that song and the harmonies on the chorus.  A year or so later I discovered an unbelievably cool little clubhouse room, reachable by ladder only, out in the garage at that house.  There was a little record player in there and a copy of The Beatles’ Magical Mystery Tour.  I was probably in about 4th grade.  I found the sound of “Hello, Goodbye” to be as joyous a sensation as the zip line my cousin had across his back yard.  I’d sneak up to the clubhouse and play that record over and over.   In the 80’s, David turned my brothers on to new wave music, the Doctor Demento radio show, Boston’s famed Newburry Comics record store and a whole mess of other cool, older kid things.  One day I was in loitering in his room, feeling awfully young and self-conscious.   I tried to act cool while he showed his friends and my brothers a punk rock record he had bought.  It was so fast and distorted, I couldn’t make out a word that the singers were singing.  On one song I could swear the singer was just yelling “fit-i-fa-fit-i-fa-fit-i-fa-fit-i-fa”.  Turns out he was singing about slam dancing.  He was saying “gonna slam, gonna slam…”.  The record was a compilation of Boston area hardcore punk bands called “This is Boston, Not L.A.”  The front cover had a photo of teenagers, slam dancing.  The back cover had stick figures on it.  It was independent, cheap and angry in a way I had never experienced a record to be.  My brothers fell in love with the record and played songs from the album in their first band.  I remember some of the bands on the album:  Jerry’s Kids, The Freeze, The Proletariat, Gang Green, Decadence.  The music was frightening to me at the time but it also seemed so full of good intentions and maverick defiance.

Hot summer youth, night driving alone in a Honda Accord with the windows down.  These were three cassettes that I bought at the new Tower Records on Central Avenue in Yonkers during my senior year in High School.  I drove there in my parents’ Accord, not particularly confident with the stick shift.  All three were in the bargain bin at Tower.  They just looked like fun to me.  Van Morrison’s Moodance had been an obsession of mine throughout junior and senior year.  Astral Weeks just looked more trippy, and harder to explain (and it is).  The cover of Fleetwood Mac’s magnum opus had been familiar to me from countless rock music books.  I had heard Joao Gilberto singing with his wife and Stan Getz’s lovely saxophone on the song, “the Girl from Ipanema” somewhere by that point.  There was a tape deck in my parents’ car. All three cassettes became the soundtrack to that summer for me.  My friends were listening to Blood, Sugar, Sex, Magic by the Red Hot Chili Peppers and Nothing’s Shocking by Jane’s Addiction.  That’s stuff was ok to me, but I couldn’t possibly get enough of “Go Your Own Way”, “Falsa Bahiana” and “Madame George”.  I broke up with my high school sweetheart that summer and the anger of Lindsey Buckingham’s break-up songs was perfect for me.  The wonder of Astral Weeks was exactly as dreamy and in love with life as I felt that summer.  I wanted to go “On that train to Dublin up to Sandy Row” with Richard Davis’ upright bass accompanying me all the way there.  Jobim’s “Aguas De Marco” is about as poetic and in love with life as it gets.  The 1973 Verve record features just Gilberto’s voice, his acoustic guitar, a drummer named Sonny Carr playing a groovy hi-hat.  One day that summer my dad’s bike broke down in the middle of a long distance ride in the Berkshires.  I had to make an emergency road trip to pick him up, my first solo highway trip in a car.  I had my tapes.  The hills and the trees made me sigh with joy.  I played my new obsessions for my dad on the ride home.  Dad couldn’t really get with Astral Weeks, but he couldn’t help but love the harmonies and guitars on Rumours. 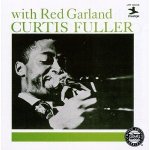 The Best of Nina Simone

Freezing cold winter mornings in Chicago.  I would open up the shop and the register at the Lincoln Park bookshop, where I was working.  The peace of those solitary mornings was wonderful.  My hands were freezing.  My cup of coffee never quite lasted long enough.  There were a few beaten up CD’s that sat upon the CD player behind the register.  I was poor, lonely and far from home, struggling to write songs and perform them in front of tiny, indifferent audiences.  Curtis Fuller’s trombone signing “Stormy Weather” felt like the soundtrack to the film noir version of my young life.  Nina Simone’s version of the Bee Gees “In The Morning” made me feel like there was hope for us all.  Her version of Leonard Cohen’s Suzanne took me to another world each time.  I would even tear up a little every time she sang “There are heroes in the seaweed”. 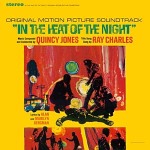 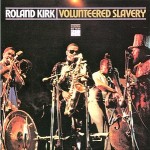 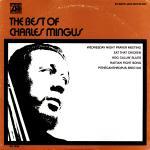 In The Heat of the Night

The Best Of Charles Mingus

The first cool breezes toward the end of summer, the sinking premonitory feeling of school’s return, floating between chapters of a story.   Ray Bradbury’s Dandelion Wine comes to mind.  My parents had rented a cottage in Martha’s Vineyard for a long weekend and I went with them.  My brothers were away at college.  I spent a fair amount of time wandering around town by myself on that trip.  One day I wandered into the Vineyard Haven public library and found that they were selling off their entire collection of lp records for 50 cents each.  I bought the ones that looked coolest to me.  Some guy in his 40’s saw me buying them and pointed to Roland Kirk’s Volunteered Slavery.  “…A classic!” was all he said.  He was right.  I had never heard anyone play a flute like that, I still haven’t.  It was wildly exciting, full of alienation, anger and joy all at once.  To my surprise, Roland Kirk also played on Quincy Jones’ music from the film “In The Heat of The Night”.  I’m still not over the majestic, earthy beauty of title track, sung by none other than the great Ray Charles and featuring the smoking soul organ of Billy Preston.  Mingus’ “Wednesday Night Prayer Meeting” was also full of dark mystery and jubilation.  The heavily swinging blues of Milt Jackson’s Plenty, Plenty Soul really drove me wild too.  I fell in love with Art Blakey’s powerhouse drumming.  Music was never quite the same for me after that.  It was like I had been dabbling with drugs and then graduated to the harder stuff.   Who were these people?  Who was this impossibly cool dude name Milt?  I wanted to know.

Milton is a Songwriter and musician from New York.
View all posts by Milton →
This entry was posted in Uncategorized. Bookmark the permalink.